Our mission is to inspire and educate through the creation of exciting and unexpected musical experiences.

For over fifteen years, the ensemble has forged a unique path in the musical landscape with virtuosic, energetic performances that celebrate the extraordinary depth and breadth of musical possibilities in the world of percussion. The ensemble has been praised for “commandingly elegant” (New York Times) performances, the “rare power” (Washington Post) of their recordings, and “an inspirational sense of fun and curiosity” (Minnesota Star-Tribune). The four members of Third Coast are also accomplished teachers, and currently serve as ensemble-in-residence at Denison University. 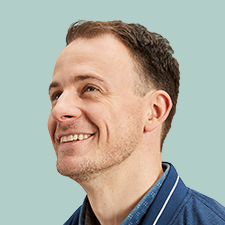 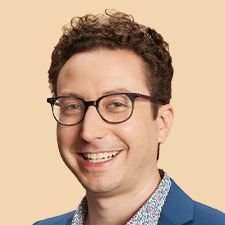 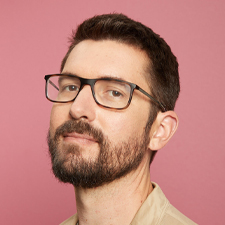 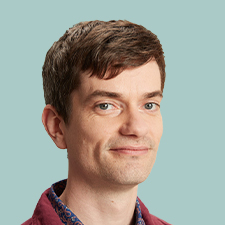 David Skidmore is an Ensemble Member and Executive Director of Third Coast Percussion.

David Skidmore is an Ensemble Member and Executive Director of Third Coast Percussion.

As a chamber musician, David has performed at Carnegie Hall, the Lincoln Center Festival, Kimmel Center, EMPAC, June in Buffalo, Klangspuren Schwaz, the Ojai Music Festival, the Bang On a Can Marathon and three Percussive Arts Society International Conventions. David was a member of the Pittsburgh New Music Ensemble from 2007-2011 and Ensemble ACJW from 2008-2010. David has performed and collaborated with many of the world's finest musicians including conductors Pierre Boulez, Lorin Maazel, David Robertson, and Michael Tilson Thomas, composers Steve Reich, Steve Mackey, Matthias Pintscher, and Peter Eötvos, and chamber ensembles Eighth Blackbird and Ensemble Signal. David has performed as a soloist in Europe, Asia, and the United States. David has also performed as a member of the Lucerne Festival Academy, the Civic Orchestra of Chicago, the Pacific Music Festival, and the National Repertory Orchestra.

David is also a composer, and his works are performed regularly in concert halls and universities across the country.

David taught for four years on the percussion faculty at the Peabody Conservatory. He holds a Bachelor of Music degree from Northwestern University and a Master of Music degree from the Yale School of Music. His teachers were Michael Hernandez, Shawn Schietroma, Michael Burritt, James Ross, and Robert Van Sice.

Robert Dillon is an Ensemble Member and Development Director of Third Coast Percussion. He has also performed as a substitute with the Chicago, Boston, and San Diego Symphony Orchestras, and served as principal percussionist in the Madison Symphony Orchestra from 2007-2008. A passionate educator, he previously served as chair of percussion studies at Merit School of Music and a percussion instructor at Loyola University Chicago.

Robert has appeared numerous times on the Chicago Symphony’s contemporary music series, MusicNow, as well as the University of Chicago’s Contempo series, and was a member of the unique, international 12-percussionist Ensemble XII, which grew out of Pierre Boulez’s Lucerne Festival Academy (Switzerland). Robert was a member of the Civic Orchestra of Chicago, and participated in programs at the Tanglewood Music Center, Spoleto Festival USA, National Repertory Orchestra, and Pacific Music Festival (Sapporo, Japan).

In addition to Third Coast recordings, Robert can be heard as a soloist on Innova Records (Christopher Adler—Ecstatic Volutions in a Neon Haze), and a performer on Naxos Records (American Music for Percussion, Volume 1) and Parlour Tapes+ (Katherine Young – Diligence is to Magic as Progress is to Flight). He has performed as a soloist in America, Switzerland, and Jordan.

Robert holds a Bachelor of Music from Northwestern University and a Master of Music from the New England Conservatory, where he received the John Cage Award for Outstanding Contribution to Contemporary Music Performance. His teachers include Michael Burritt, James Ross and Will Hudgins.

Peter Martin is an Ensemble Member and Finance Director of Third Coast Percussion.

Peter Martin is an Ensemble Member and Finance Director of Third Coast Percussion.

As a chamber musician, Peter has performed with many leading new music ensembles including the International Contemporary Ensemble (ICE), Eighth Blackbird, the Pittsburgh New Music Ensemble, the Atlantic Chamber Ensemble, Opera Moda, Tomorrow Music Orchestra, and Ensemble Signal. In addition to his work with Third Coast Percussion, Peter is a member of the award-winning contemporary music group Ensemble Dal Niente. His recorded work can be heard on the New Focus, New Amsterdam, Mode, Ears & Eyes, Harmonia Mundi, and Narooma labels.

As an educator, Peter was an Assistant Professor and Director of Percussion Studies at Virginia Commonwealth University in Richmond, VA from 2009-2013. He held previous teaching positions at Northwestern University and Trinity International University.

Peter holds Doctor of Music and Master of Music Degrees degrees from Northwestern University’s Bienen School of Music and a Bachelor of Music Degree from Mason Gross School of the Arts at Rutgers University. While a student, Peter was awarded first prize at the Percussive Arts Society International Solo Marimba Competition. His teachers include Michael Burritt, She-e Wu, Leigh Howard Stevens.

Sean Connors is an Ensemble Member and Technical Director of Third Coast Percussion.

As an educator, Sean served for 2 years as assistant professor of percussion at the University of Wisconsin - Stevens Point, and taught elementary school and middle school music in the Chicago suburbs.

MORE ABOUT
THE ENSEMBLE

Third Coast Percussion is a Grammy Award-winning Chicago-based percussion quartet. For over fifteen years, the ensemble has created exciting and unexpected performances that constantly redefine the classical music experience. The ensemble has been praised for “commandingly elegant” (New York Times) performances, the “rare power” (Washington Post) of their recordings, and “an inspirational sense of fun and curiosity” (Minnesota Star-Tribune). Third Coast Percussion maintains a busy tour schedule, with past performances in 38 of the 50 states and Washington, DC, plus international tour dates across 4 continents.

A direct connection with the audience is at the core of all of Third Coast Percussion’s work, whether the musicians are speaking from the stage about a new piece of music, inviting the audience to play along in a concert or educational performance, or inviting their fans around the world to create new music using one of their free mobile apps. The four members of Third Coast are also accomplished teachers, and make active participation by all students the cornerstone of all their educational offerings.

The quartet’s curiosity and eclectic taste have led to a series of unlikely collaborations that have produced exciting new art. The ensemble has worked with engineers at the University of Notre Dame, architects at the Frank Lloyd Wright Foundation, dancers at Hubbard Street Dance Chicago, and musicians from traditions ranging from the mbira music of Zimbabwe’s Shona people, to indie rockers and footwork producers, to some of the world’s leading concert musicians. Third Coast Percussion served as ensemble-in-residence at the University of Notre Dame’s DeBartolo Performing Arts Center from 2013—2018, and currently serves as ensemble-in-residence at Denison University.

Third Coast Percussion’s recordings include thirteen feature albums, and appearances on eleven additional releases. The quartet has put its stamp on iconic percussion works by John Cage and Steve Reich, and Third Coast has also created first recordings of commissioned works by Philip Glass, Augusta Read Thomas, Devonté Hynes, Gavin Bryars, Donnacha Dennehy, David T. Little, Ted Hearne, and more, in addition to recordings of the ensemble’s own compositions. In 2017 the ensemble won the Grammy Award for Best Chamber Music/Small Ensemble Performance for their recording of Steve Reich’s works for percussion. In 2020 Third Coast received its second nomination in the same category for Perpetulum, and in 2021 Third Coast was nominated again for its album Fields, with music by Devonté Hynes.

Third Coast Percussion has always maintained strong ties to the vibrant artistic community in their hometown of Chicago. They have collaborated with Chicago institutions such as Hubbard Street Dance Chicago, the Chicago Children’s Choir, the Civic Orchestra of Chicago, Chicago Humanities Festival, and the Adler Planetarium. TCP performed at the grand opening of Maggie Daley Children’s Park, conducted residencies at the University of Chicago and the Civic Orchestra of Chicago, created multi-year collaborative projects with Chicago-based composers Augusta Read Thomas, Glenn Kotche, and chamber ensemble Eighth Blackbird, and taught tens of thousands of students through partnerships with The People’s Music School, the Chicago Park District, Rush Hour Concerts, Urban Gateways, and others.